The Republican party is treating vaccines in a very curious manner. They, of course, want Donald Trump to get full credit for the creation of the shot. At the same time, many GOP voters are refusing to get vaccinated.

Most public officials and media members who have been pushing vaccine hesitancy have gotten their shot. But this has become an extreme culture war issue for the GOP.

Even as the delta variant surges in red states with low vax rates, people are continuing to fight the shot. And they’re seemingly proud of their stance.

During a recent political event, Marjorie Taylor Greene noted, “[Alabama] might be one of the most unvaccinated states in the nation.” The crowd cheered after she made the remarks.

Rep Marjorie Taylor Greene suggests gun owners kill people encouraging vaccinations: “…in the South we all love our Second Amendment rights. And we’re not really big on strangers showing up at our door, are we? They might not like the welcome they get.” https://t.co/9KGZWD3ujd 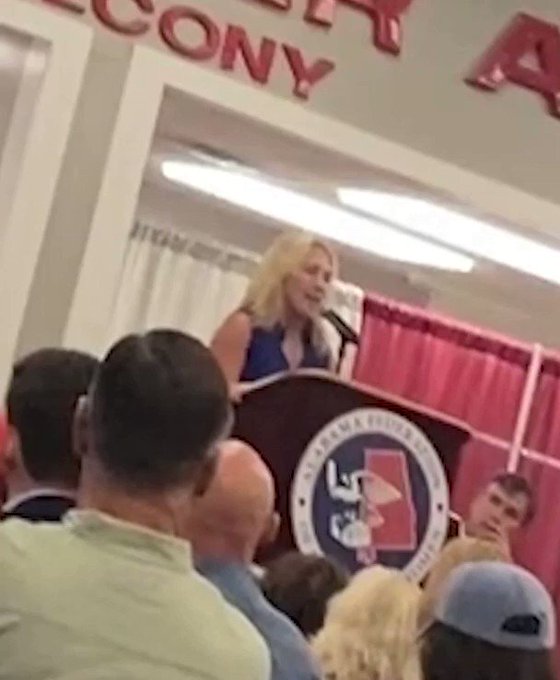 Today, Alabama’s State Health Officer Dr. Scott Harris told reporters, “Those numbers (hospitalization) are increasing. It’s been reported to us from the hospitals that virtually all of those patients are unvaccinated patients.”

“Well, Joe Biden wants to talk to you guys. He’s going to be sending one of his police state friends to your front door, to knock on the door. What they don’t know is in the South, we all love our Second Amendment rights. And we’re not really big on strangers showing up at our door, are we? They might not like the welcome they get.”

Todd Neikirk is a New Jersey based politics and technology writer. His work has been featured in psfk.com, foxsports.com and hillreporter.com. He enjoys sports, politics, comic books and spending time at the shore with his family.